For most brands and marketers, keeping ahead of an ever-evolving digital privacy landscape is a major challenge. Not only are governments and regulators constantly amending data protection laws, but digital platform companies also often change their rules to offer consumers better control over their data or, in a more cynical view, to tighten their control over the consumer data they hold within their walled gardens.

One development which promises to have a significant impact on the advertising landscape is a set of changes to how Facebook may collect and process data in iOS14.5, the latest version of the operating system for iPads and iPhones. The changes, which are meant to give Apple customers more control over how their personal data is collected, handled and used, may impact on measurement and performance of paid campaigns on the Facebook platform.

Apple users are now essentially offered the explicit option to opt in or out of allowing apps like Facebook to keep collecting data to offer personalised ads across other sites and apps. This will affect the ways in which Facebook can process the data it collects using tools such as Facebook Software Development Kit (SDK) and the Facebook Pixel.

The audience that your company can reach with targeted advertising may decrease as more people opt out of tracking on iOS 14 devices.

Campaign measurement may become more complex for advertisers. The changes coming up in iOS 14.5 will prevent apps and websites from collecting and sharing an identifier called IDFA (The Identifier for Advertisers). Unless consumers opt in for tracking, Facebook and its advertisers will not be able to use “view-through conversions” to get a complete picture of an ad’s effectiveness.

Apple’s SKAdNetwork API will report aggregated campaign level results to Facebook for iOS 14 app install campaigns. Facebook will then use statistical modelling across mobile applications and the web to report on campaign performance at the ad set and ad levels. Statistical modelling can be used, for example, to account for web conversions from iOS 14 users.

Attribution settings will also change. The default for new and active ad campaigns will be set at a seven-day click attribution window, which may result in a decrease in the number of reported conversions. The Apple SKAdNetwork API attribution window will determine the reporting for iOS 14 app install campaigns. Because SKAdNetwork will not support real-time reporting, data can be delayed up to three days.

Facebook is implementing a new aggregated event measurement feature, which will limit the amount and type of data that advertisers can send to Facebook via the Facebook pixel. The social media platform says this will enable it to respect user privacy while running effective campaigns.

Each domain will be limited to eight conversion events that are initially pre-assigned by Facebook based on activity. However, advertisers will be able to choose the events that will send the data that is most valuable to their business for targeting, optimising and measuring ad campaigns.

There are three steps to take for conversion optimised web campaigns:

Facebook has indicated that it may respond to Apple’s moves with iOS 14.5 by trying to encourage advertisers to stay within its walled garden. It is, for instance, rolling out native commerce tools across its family of apps, which includes Facebook, Instagram, WhatsApp, and Messenger. Facebook hopes to provide more on-site conversion opportunities through initiatives like shops and click-to-messaging ads to mitigate the effect of Apple’s new privacy settings. Brands should keep an eye open for what these new and upcoming features will mean for them.

Facebook is not the only company that will be affected by the iOS update—it could also impact other programmatic platforms with Apple iOS apps such as Google. We can expect to see Google, Facebook, Amazon, Apple, Microsoft, and others compete more fiercely for ownership of consumer data in the years to come.

As such, we could see each of these players become more powerful because of the amount of proprietary data they will be able to collect about consumers. Each marketer should thus also be thinking about how they can collect and use first-party data of their own (with customer consent) to strengthen their relationships with consumers and deliver richer customer engagements. 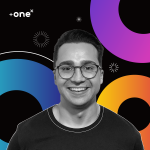