When I embarked on my digital career in 2005, digital ad spending accounted for less than 5% of the media mix and television dominated the advertising landscape. My boss at the time predicted it would one day seem quaint to separate digital and traditional media. Seventeen years later, the lines between traditional and digital are being blurred fast, with all touchpoints and channels increasingly incorporating at least some digital technologies and platforms.

The net result of this is that all advertising will eventually be digital; statistics show the trend is well under way. Digital media spending has grown faster than other channels for many years and digital channels now command 55% of global ad spending. In SA, we lag the trend somewhat, with digital still in second place behind television. But digital is catching up fast, and the convergence of broadcast TV and media streaming is accelerating this trend.

From a consumer perspective, the lines of the TV experience and the streaming experience are already being blurred. You can watch Netflix on your television via smart TV software, a gaming console or even your DStv decoder. Likewise, you can watch live DStv channels via an app on nearly any connected device, or subscribe to DStv’s Showmax streaming service.

It’s not a stretch to say that streaming and broadcasting are almost the same channel in the consumer’s mind. Your experience of watching a series on DStv and then using the app to catch up on an episode you missed is already fairly seamless. But from the advertiser’s point of view there is still a significant divide between television and digital because most paid streaming services do not yet offer advertising opportunities.

This is changing fast, especially as what we used to call cord-cutting accelerates. As fibre and 5G become more commonplace and affordable, consumers increasingly stream their content rather than watch it via a satellite dish and decoder setup. At the same time, as competition heats up in media streaming and content production costs soar, streaming services are looking for new revenue streams and ways to expand their audiences.

To reach more price-sensitive viewers, the likes of Netflix are thus introducing lower-cost, advertising-subsidised options for subscribers in certain markets. This, in turn, is likely to shake up the way television ads are bought. Because streaming is a digital channel, ads for services like Netflix will be sold via programmatic platforms, just like Google or Facebook ads. Advertisers will bid for inventory space on certain programmes or audiences on a digital platform.

Suddenly, “television” advertising will become more accountable, because streaming services will be able to offer targeted buys as well as measurable insights into audience engagement. Advertisers will be able to target audiences based on interests and behaviours, and viewers (hopefully) won’t be overwhelmed with repetitive, irrelevant ads.

Television is not the only traditional channel getting absorbed into the digital world. Connected digital displays and billboards mean that out-of-home advertising, too, is increasingly sold via programmatic platforms. Primedia is an example of a company that is starting to offer advertisers the option of buying outdoor ads per impression to target audiences rather than locations.

In the years to come, it seems likely that digital and traditional above-the-line channels will converge until the distinction disappears. Furthermore, we should not be surprised if most above-the-line campaigns are one day driven via programmatic auctions. Marketing professionals and agencies should take note of this trend and ensure that they’re ready for a world where digital and traditional siloes no longer exist.

The big take-out: Streaming and broadcasting — they’re the same picture. 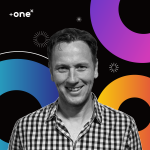