You may have been reading or keeping up to date with the news of Covid-19 and the detrimental impact it is having around the world. Unlike other viruses, the key attributes that have made this one unique, is its ability to spread (scale) rapidly, it’s resilience to our antibodies, and the wide availability of the disease globally. Sounds like a public cloud provider to me? Seeing that I’m no expert in Epidemiology, I’ll stick to talking about the cloud and technology.

The Cloud Computing environment has radically been transformed by the leading public cloud providers or hyperscalers (Amazon, Google, Microsoft). With the introduction of quantum computing, private blockchain ledgers, serverless computing and the Internet of Things, all being offered as consumption-based services through the AWS, GCP and Azure platforms to anyone with a credit card, would make you think that moving to the cloud is a no-brainer? Yet only 77% of South African companies use cloud services, with the majority of these services being data backup services . This highlights the underutilisation of the cutting-edge technology services readily available, as most organisations are still stuck on which cloud provider they should be using. The conversation moves away from which public cloud provider you should be going with, and should be more around what business outcome are you genuinely trying to achieve?

To contextualise it, most organisations around the globe use a Microsoft operating system and their office suite in some way. Microsoft says there are around 1.2 billion Microsoft Office users worldwide, and that number keeps growing. That means approximately 1 in every 7 people use MS Office. Organisations who have invested heavily into Microsoft productivity, workplace software and databases (usually locked into expensive licensing Enterprise Agreements), tend to migrate to Azure as a public cloud provider. This is mostly for ease-of-integration and keeping all their spend with a single OEM, typically in the hopes to receive enterprise discounts. The risk with this approach is premised at the core invest principle of risk diversification or more commonly known as “don’t put all your eggs in one basket”.

AWS has seen exponential year-on-year growth over the last 6 years, growing at an average of 35% per annum. To further explain the magnitude of this cloud giant, they’ve hit $10.2 billion in net sales at the end of the first quarter of fiscal 2020 and are expected to grow an annual revenue run-rate, north of $40 billion at the end of fiscal 2020. I still predict that we will see growth in AWS spend over the next 6-12 months, despite the current pandemic and economic downturn. In fact, the Covid-19 pandemic has been the biggest global digital enabler since the dotcom boom if you isolate the adoption rate of digital technologies from the economic activity. Incremental demand from customers to migrate their applications and workloads to the AWS cloud coupled with demand for virtual desktop functionalities (AWS WorkSpaces) as well as other business and home continuity needs will further fuel their rapid growth. We’ve already seen companies like 3M, Bundesliga and Carrier (moving 4000 servers and 996 applications to AWS) sign-up mass migration deals with AWS in the first quarter of 2020. So why all the fuss and fanaticism around AWS? As mentioned earlier, I don’t believe any cloud platform alone is a silver bullet. It all boils down to individual/organisational preference, subjective experience, and purpose (what you’re trying to achieve). Some services in one hyperscale platform may be better (easier to use, cheaper & more widely available) than others. That said, AWS has the largest global infrastructure footprint of any cloud provider, with 76 availability zones in 24 launched regions and still growing, with the South African datacentres going live in Cape Town as of late April 2020.
Despite their impressive network backbone, most users choose AWS because of their ease-of-use of the platform as well as the competitive elastic pricing. AWS has productised most manual development processes such as automating CI/CD pipelines, automating infrastructure as code (AWS Elastic Beanstalk, Cloud Formation) as well as fully functional serverless services such as Lambda, Fargate and Aurora serverless, allowing developers to focus on their code rather than infrastructure setup. Google has also been rapidly adding various services in an attempt to gain market share as it trails the two leading hyperscalers in the public cloud race. In April 2019, GCP (Google Cloud Platform) announced the launch of its new hybrid, multi-cloud offering, Anthos. Anthos allows you to run, deploy and manage your applications on-premise or across any other public cloud platform (AWS, Azure) without requiring developers or administrators to learn new cloud environments. Using GKE (Google Kubernetes Engine) and GKE On-Prem, you’re able to run your application or workloads on-premise in your datacentre while leveraging the services and functionality of GCP. Now you may be wondering about the two leading hyperscalers and their response to this, well it’s fair to say Azure have launched Azure ARC and AWS with Outpost, offering a similar hybrid flavour with a different package. Staying with GCP, Google have always had a strong data and AI capability. Their one-stop-shop type AI capabilities help engineers build and deploy models based on its open-source TensorFlow deep learning library. Data tools like BigQuery and DataProc have been popular amongst data warehousing and Hadoop/Spark cluster solutions, respectively. By far, the most exciting functionalities of GCP reside within their AI platform as well as services like Vision API and AutoML.

The most fantastic thing about the cloud is the agility and flexibility it offers to speed-up testing and implementation of applications in a cost-effective and scalable manner. We’ve seen local companies such as Mr D and Uber Eats being able to pivot and offer a broader range of delivery services and features on their apps in record time. “How?” you may ask? Having your application on a cloud platform allows you to create continuous integration and delivery pipelines that speed-up the development cycle, through continuous testing, allowing a fault-tolerant feature delivery pipeline. These offerings are packaged as-a-service, allowing you to get it on demand and use within a few minutes.
I don’t believe the pandemic has caused new problems for organisations, but merely revealed the gaps that already existed, pre-pandemic. It has exposed the weaknesses and fragility in many business operating models, with their greatest assets, their people, absorbing the brunt of the result. However, as Albert Einstein said, “in the midst of every crisis, lies great opportunity”, and we’ve certainly seen how the digitally strong organisations have benefited from this opportunity.
Without AWS, we wouldn’t have Netflix, Slack and Zoom, all of which have been core to our social and mental wellbeing during the lockdown period. Microsoft has made remote team productivity possible with Microsoft Teams, while Google has kept us connected with Meets, and has been core in tracking, monitoring and analysing petabytes of data in an effort to flatten the curve, and find a vaccine. Whichever way you may choose to navigate the current landscape, it goes without saying that the Covid-19 pandemic may spread exponentially, it certainly has a formidable challenger operating on hyperscale platforms, the velocity of the Cloud increases daily. So instead of asking which Cloud will win the race, you should be concerned if you haven’t even started the race.

However, fear not, all is not lost, +ONEx can help you decide where to start, which Cloud platform to choose based on your goals and objectives, and provide a fully outsourced Cloud Managed Service to help you optimise, build and operate in the cloud. 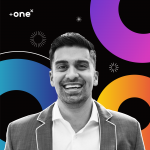